Getting back to the swing of things

It has been quite a while, and a lot of things have happened in my non-stitching life, one being a pretty major shoulder surgery. 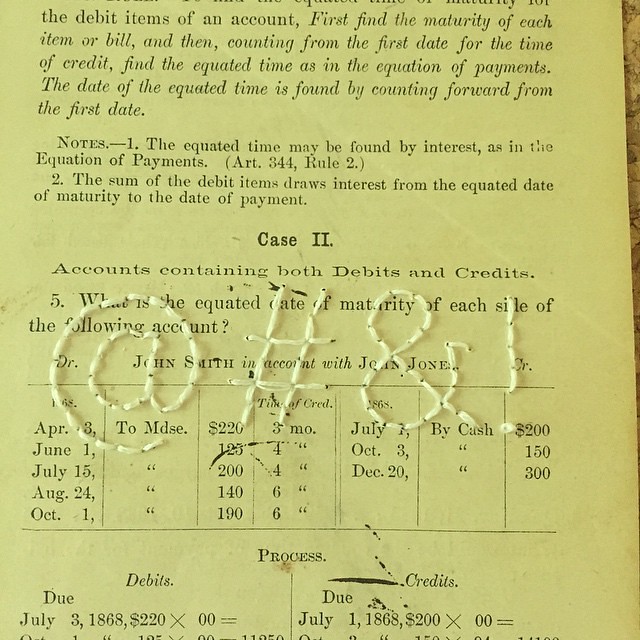 I’m slowly getting back to making things. This piece is for a retiring co-worker who has been known to curse quite a bit (though less now than when I first met him), and who holds lots of institutional knowledge about our accounting, contracts and finance systems.

I am looking forward to itching my stitching urge and getting back to pulling in elements like dried flowers, and other bits from nature, so watch this space!

But getting closer to done. 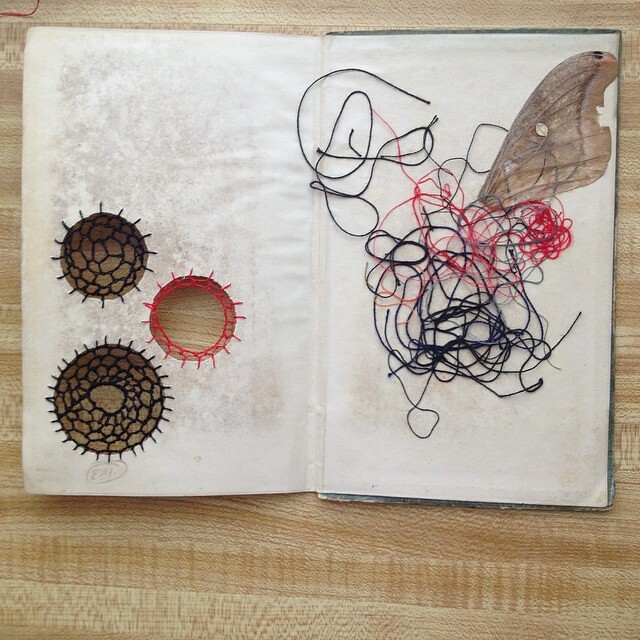 I am still considering if any other thread bits need to be added; and most importantly, thinking about how to finish the piece. I normally mat things on black, but that won’t work for this piece. And the white I have on hand looks too stark. So, I’ll keep experimenting.

I know I said that I didn’t see much Hedebo in my future, but I had it in my head that I was going to do it on paper. 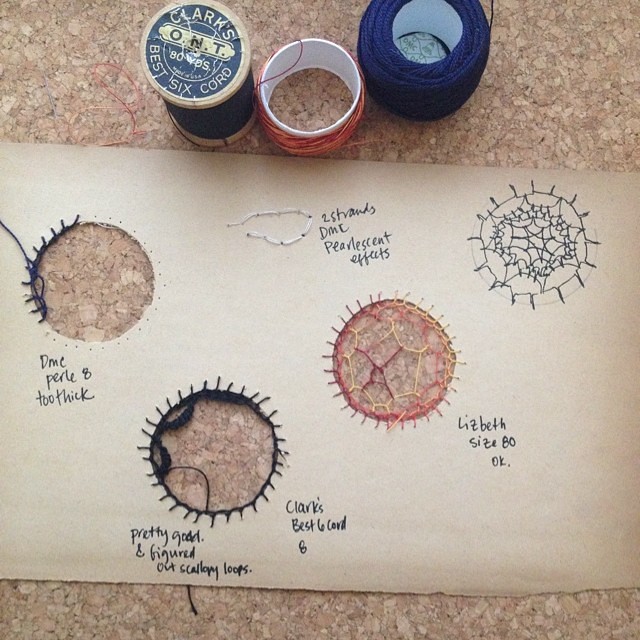 So I tested out some different threads — perle cotton, vintage Coats and Clark, and tatting threads. 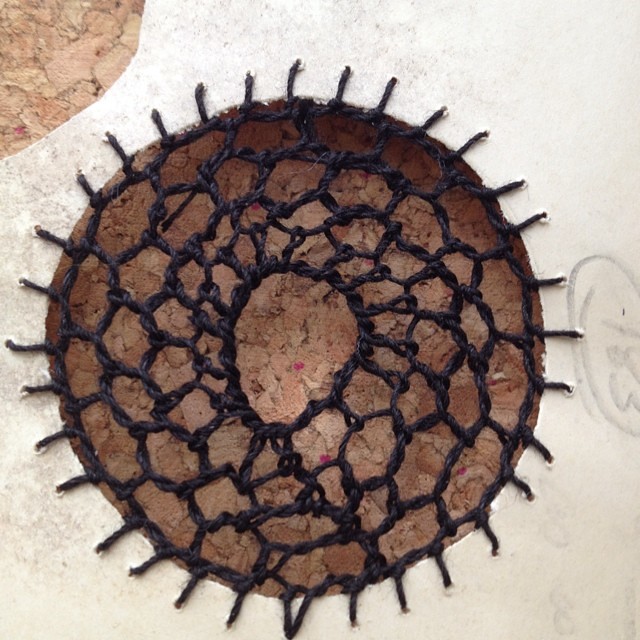 And settled on the vintage Coats and Clark.

I’m not sure it will work out entirely in the end, but I’m going to give it a really good try. I have to say, it feels good to have an idea percolating. I’ve been feeling lazy lately. But it’s probably because I’ve had too much happening in my work-life. Someone please remind me that making things keeps me sane; every once in a while I seem to forget.

Just like last year, I wanted to be sure I did a little stitching on my summer vacation.

First, I wanted to try to figure out how Hedebo embroidery might work. 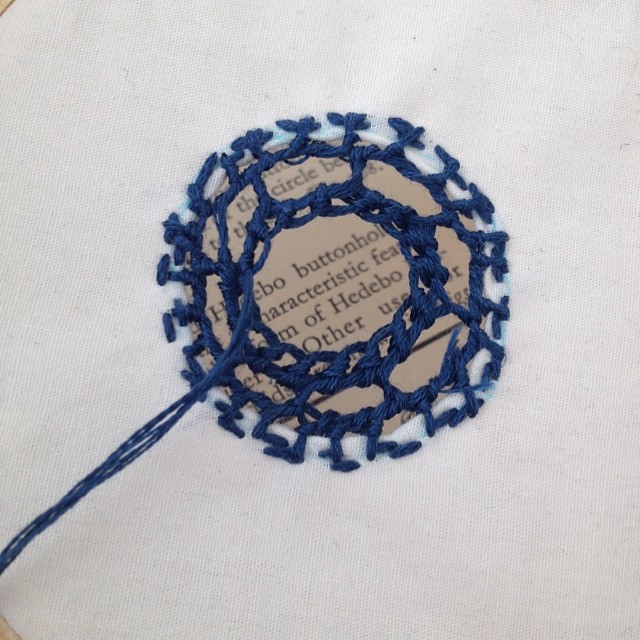 I still don’t have my switching to a new thread technique down. I don’t think I’ll be doing a bunch of this type of embroidery, but every once in a while, I think it’d be fun. 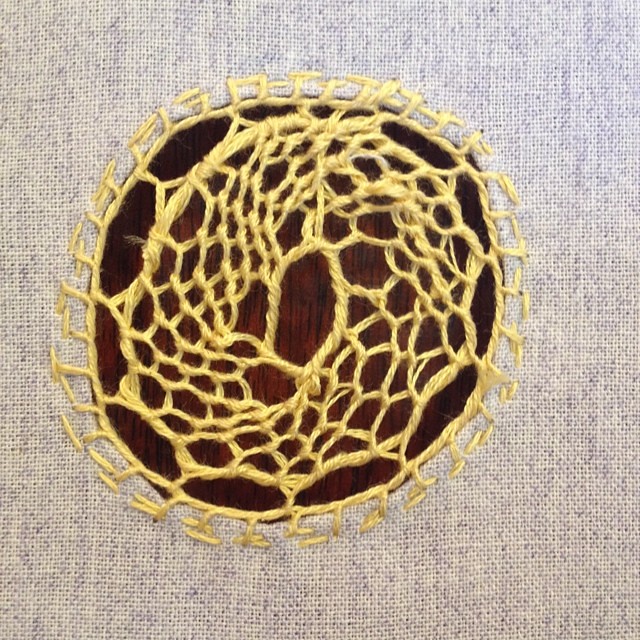 I also did a few little unplanned pieces. 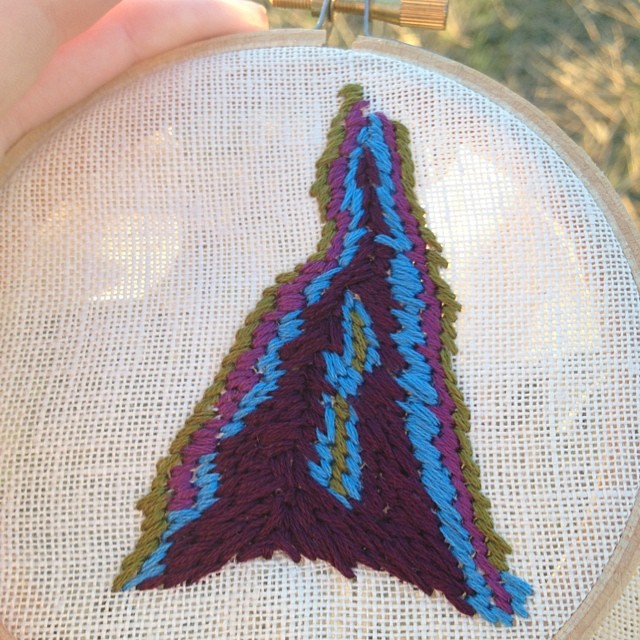 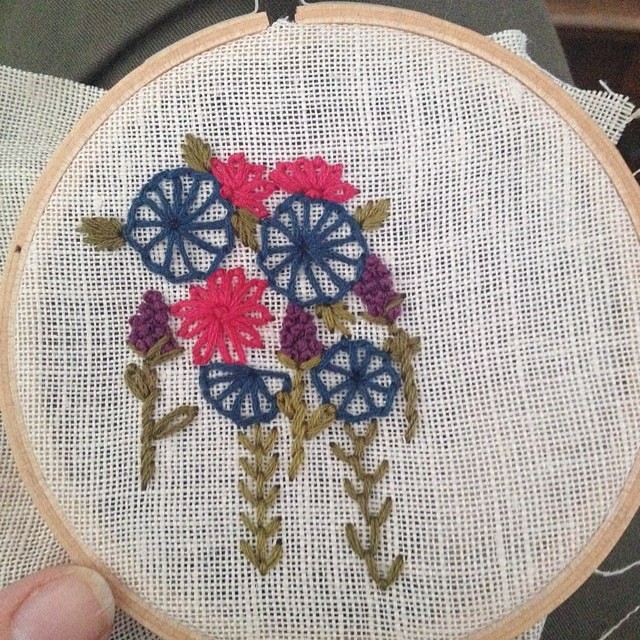 This first week back to regular schedule has been a little bit rough. I’m hoping to be able to get in some stitching time this weekend. (Or else I might go a little bit crazy!) 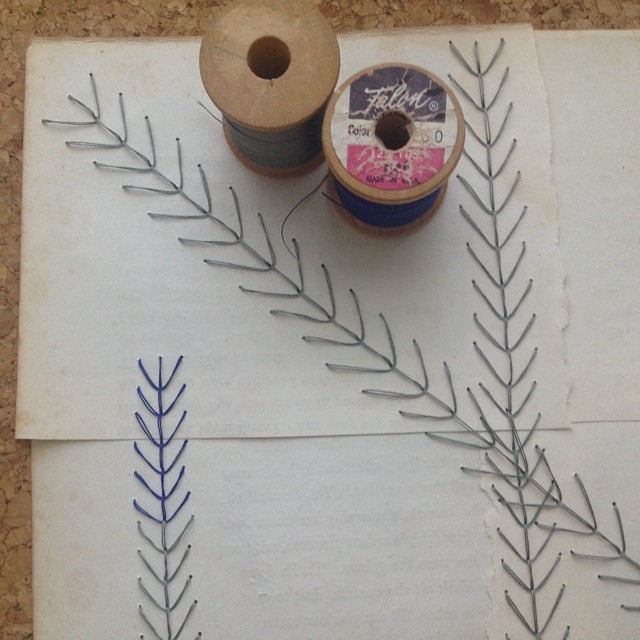 While I haven’t had the time to dive into Hedebo just yet — I’m still adjusting to the kids’ new summer schedule, and work is particularly busy — I have made a little time to sit down with some paper and thread and play. I’m working on another improvised little patchwork piece. This one is four little squares, arranged with raw ends towards the middle. So far, I have just added a little fern stitch here and there to hold the pages together. This time trying to venture out of my usual one-color palette with a little pop of blue.