When I start thinking about a topic, I tend to get a little carried away.

Yesterday during a coffee break at work, I was telling some coworkers about a story my Dad’s cousin told me regarding my great-grandmother. For certain reasons, she took on boarders at her house in North Baltimore. And pretty often they were interesting characters. One of them, I am told, was a man who sold butter. Except he didn’t sell butter — he sold margarine dressed up like butter.

It wasn’t terribly uncommon. This gentlemen, Charles Wille, for example: 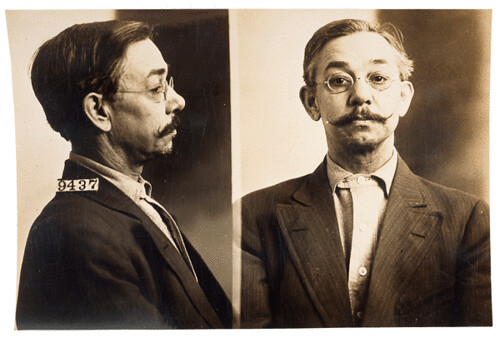 He was sentenced to federal prison for a year for violations of the Oleomargarine Act of 1886.

And so that idea just made me giggle. I mean, this very dapper looking man was in Leavanworth Prison — same prison as Machine Gun Kelly — for selling margarine dressed up as butter (and not paying the requisite taxes). Can you imagine the conversation? “What are you in for, Chuck? Murder?” “No, illegal oleomargarine commerce.” And thus, I had to stitch it. 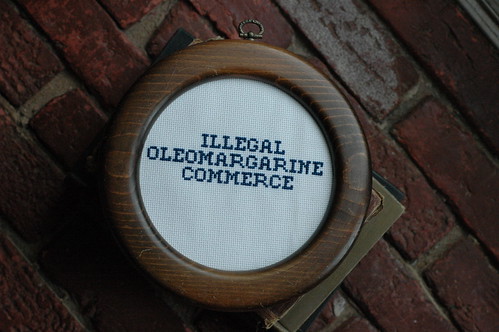