And so it Continues (More 30s)

Next up in my Dust Bowl series is Alfalfa Bill. I like to think of him as sort of the Ron Paul of his time. When running for president in 1932, among other things, he wanted to back Oklahoma currency with cotton and wheat. He railed against banks, President Hoover, and Wall Street. And he had the best slogan ever: “Bread, Butter, Bacon, Beans”*. 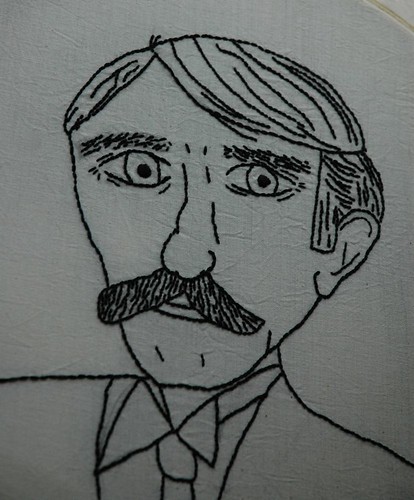 I’m really proud of how this came out (there’s still some lingering marks and more ironing to do). First, I actually drew it up myself. Usually, and especially with people, I print a photo, trace portions in marker and then transfer to fabric. This time, I went from a small photo on a Time magazine cover, and sketched him up myself. So he’s not perfect. But I love his slightly crooked eyes. 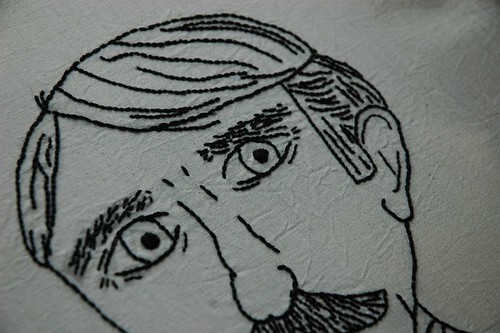 [*That’s what I’ll be working on next. In the Time article it mentions that some women made him a quilt with the slogan embroidered on it and presented it to him while on the trail. ]