Again, working in threes seems to be a thing for me. Here are two more winter pieces that got made last night. I’m not sure that I’m done at three, though. I do even more pages that I want to experiment with, and I’m still on the search for something that feels a little more just right. I haven’t hit it yet, but that’s ok. I’m still just warming up. 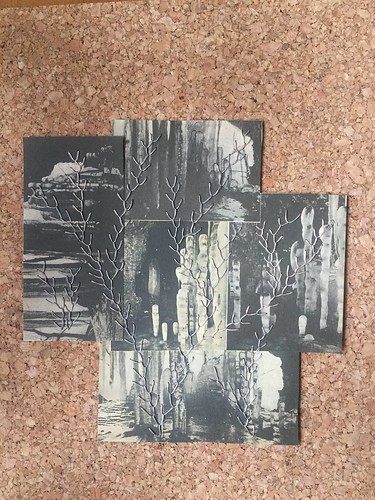 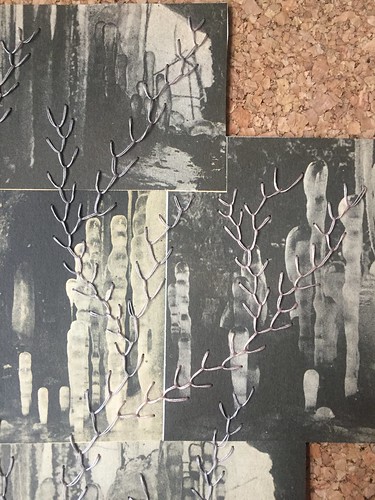 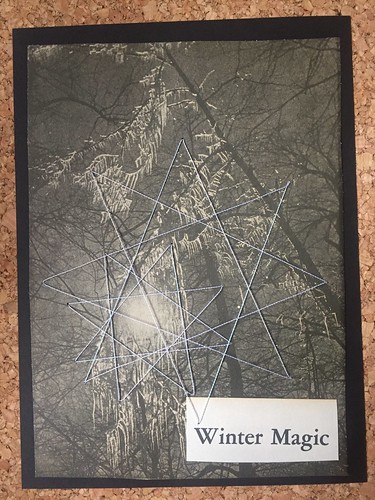 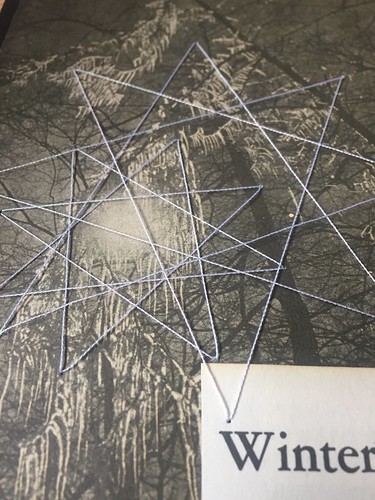 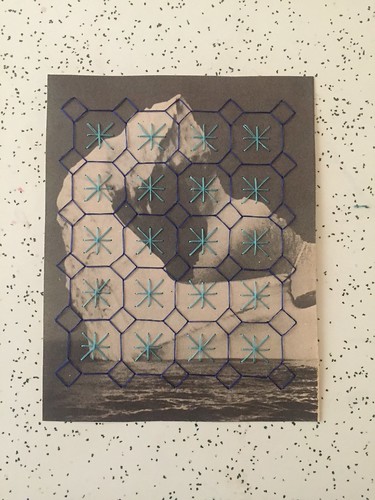 I’m trying to get back into the habit of making things. Recently, I put together a holiday wreath that I was super-happy with, and it got me itching to get my fingers moving again.

So I took to my pile of books, found a Science text from the 50s that has lots of goodness in it, and decided to take on some wintery, icy pages. 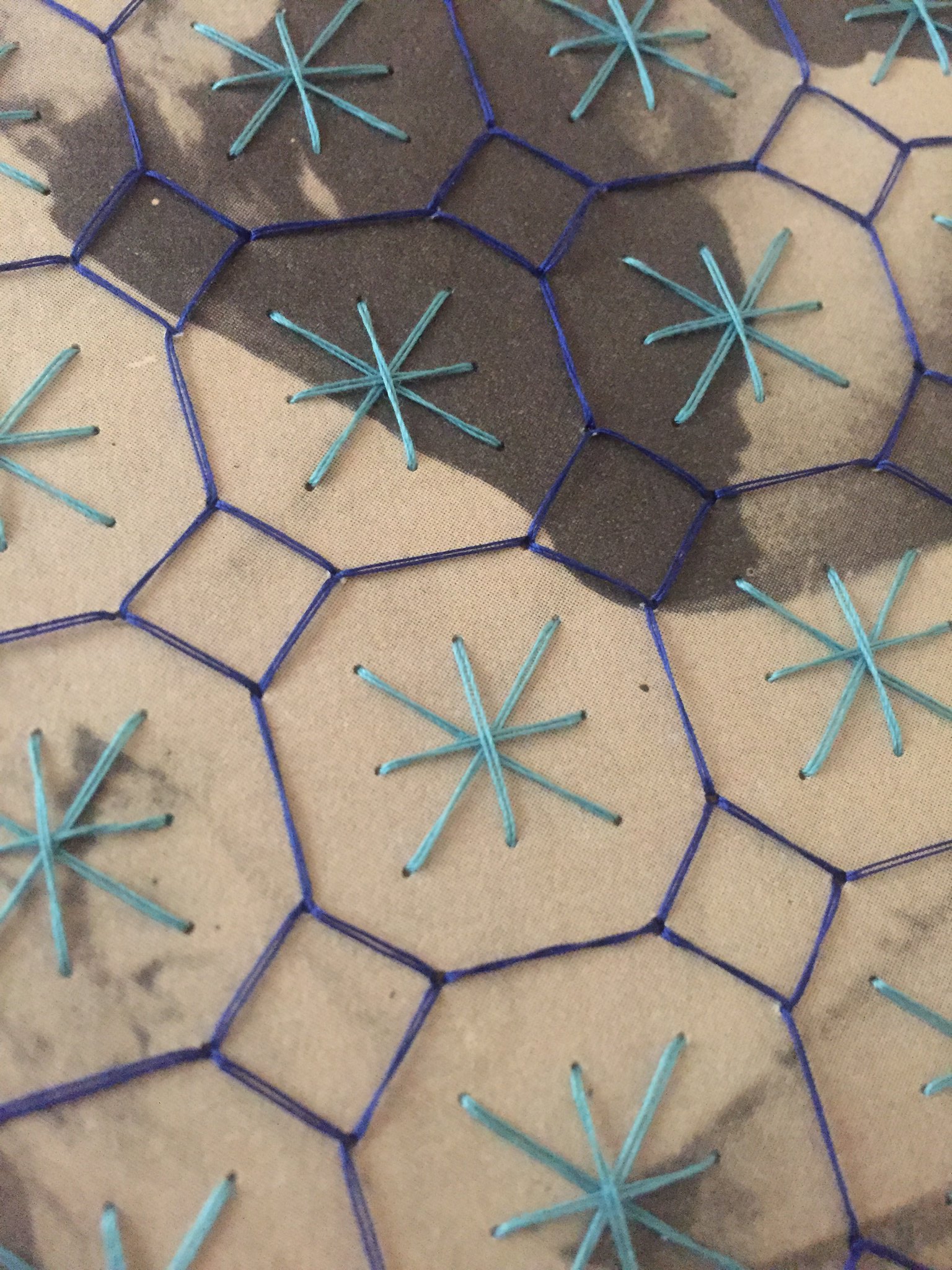 I’m also happy that I took the time to make sure that every little snowflake was created with the same stitch order. So all the crosses are totally uniform.

I’m working on another piece at the moment, too, which is really exciting. I’m feeling like I have to start to warm up again before the ideas really start flowing and things get more interesting.

Still, it feels nice to have my hands working again! 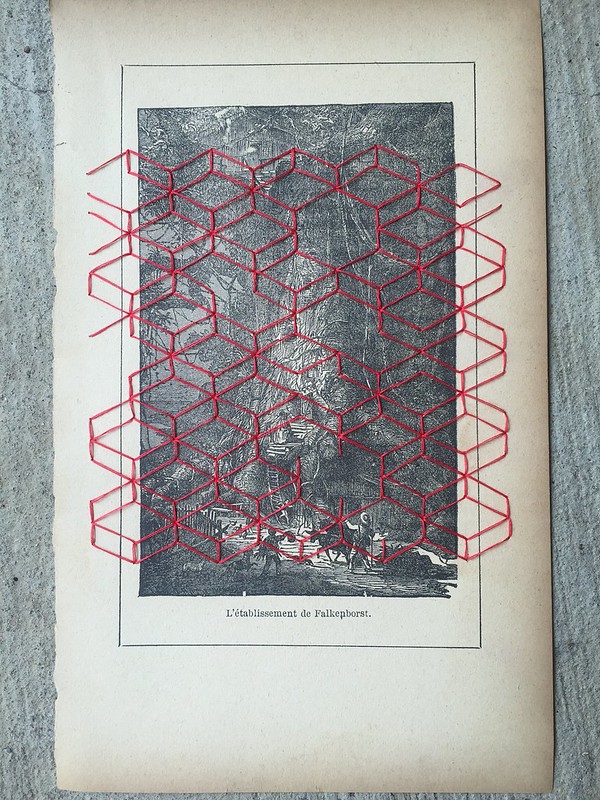 I’m pretty in love with this one right now.

Hello there! Here’s the part where I say yes, it’s been a while, but you know, life happens. Blah, blah, blah.

Now, on to the good stuff.

I made some things! 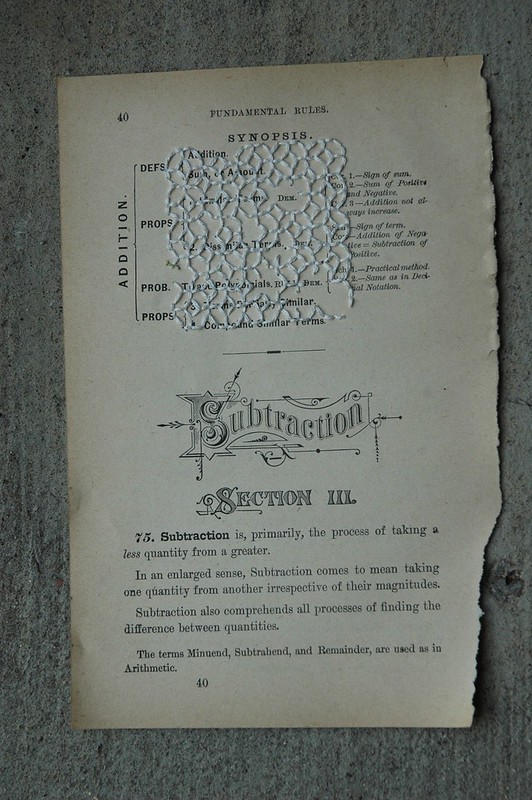 It started out that I had this page about subtraction that I wanted to use. So I started thinking about how to visually show subtracting. The idea that I settled on was one of a disappearing blackwork pattern. Sounds simple enough, right? I did though, want to fight my tendency for perfect symmetry and just wanted to remove some random pieces and go from there. I sketched up a pattern, poked holes, stictched it and… was unsatisfied. The scale here is all wrong. The stitching fits the page, but the pattern doesn’t really work, nor does the white. 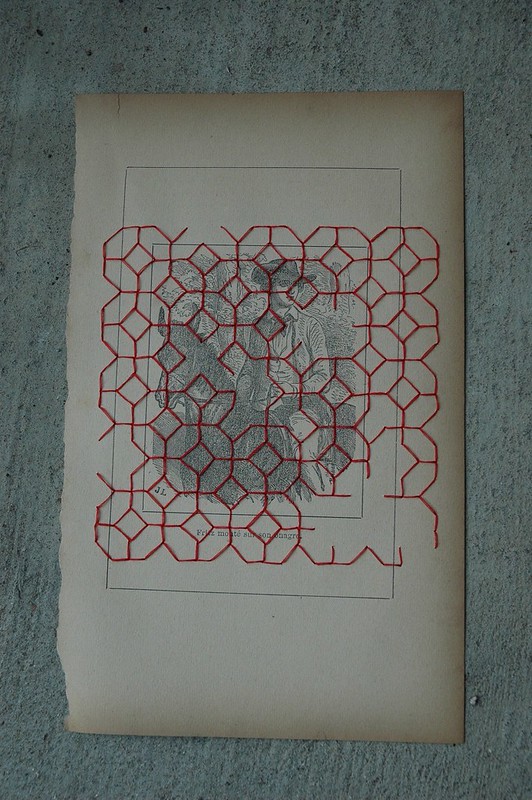 So I ditched the math book (I have more subtraction pages, but I think I’ll save it for something else), and switched to a French version of The Swiss Family Robinson — only because the pages were larger and have some interesting illustrations. I redid the same pattern doubled in size (with maybe a variation here or there) and switched up the color. 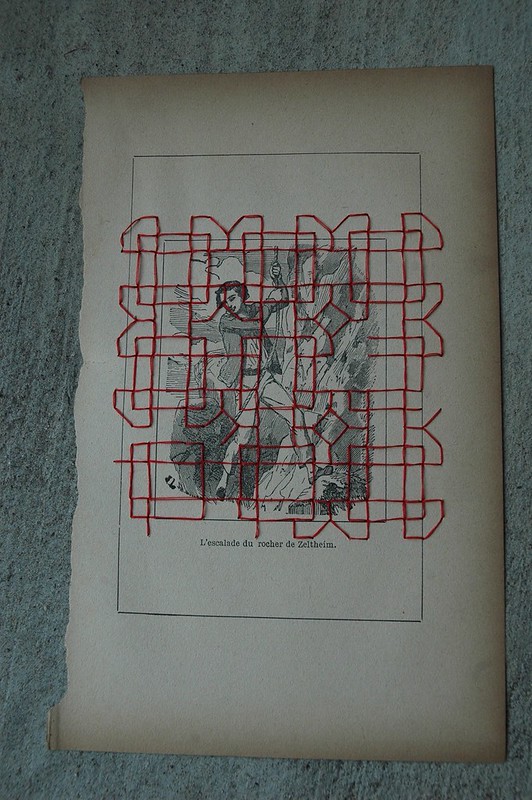 At first, I was a bit unsure about if it worked or not. After stepping back from it (photographing always helps me see things better), I am pleased. So I drew up another pattern and stitched that one, too. This one I’m unsure about at the moment; it’s a bit wonky in places (but normally I don’t mind that). I also have a compulsion to do things in threes, so there might be another one eventually, but I can’t settle on a blackwork pattern that isn’t too intricate or doesn’t tile too well, or looks too similar to the ones I’ve already done. 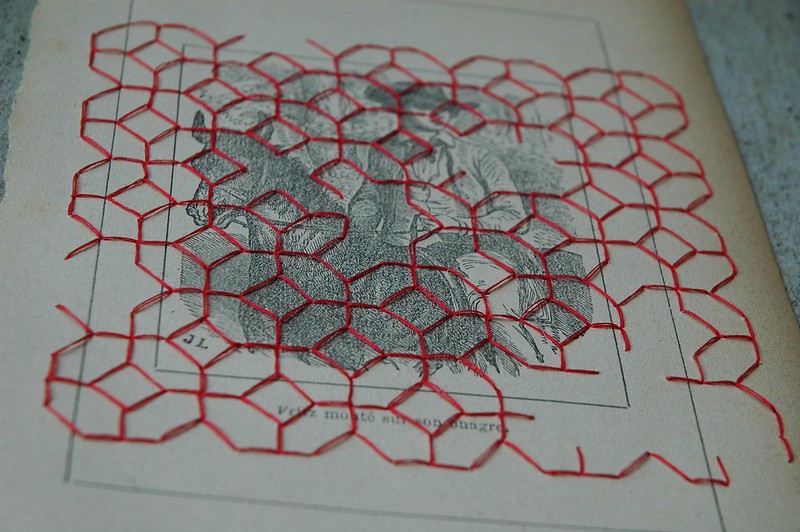 My favorite bit, for those of you still with me, is this part of the octagonal piece, where I’ve happily accidentally framed the initials of the illustrator.

Fern Stitch with Lily of the Valley 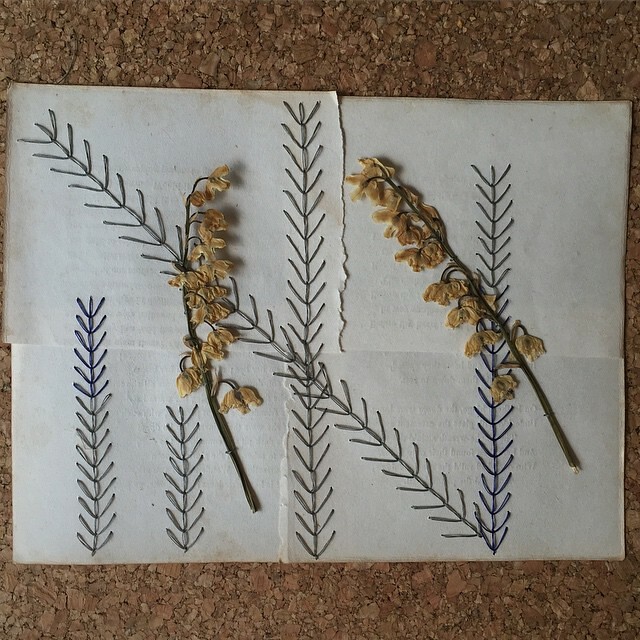 This piece has been sitting, waiting to be finished since last June. I thought it was high time I put needle to paper and finished it up. 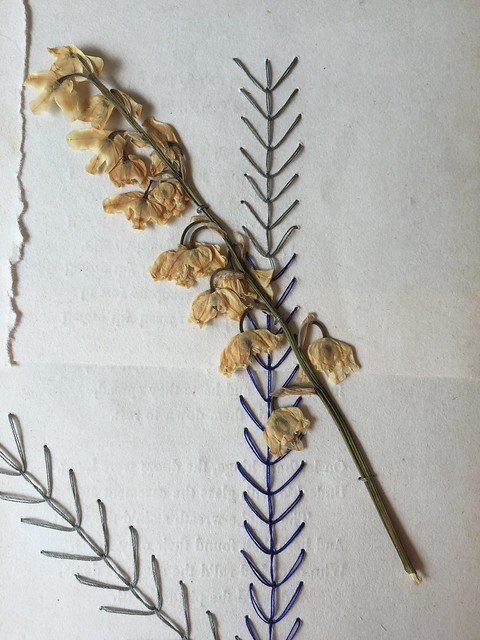 It feels good to finish things.